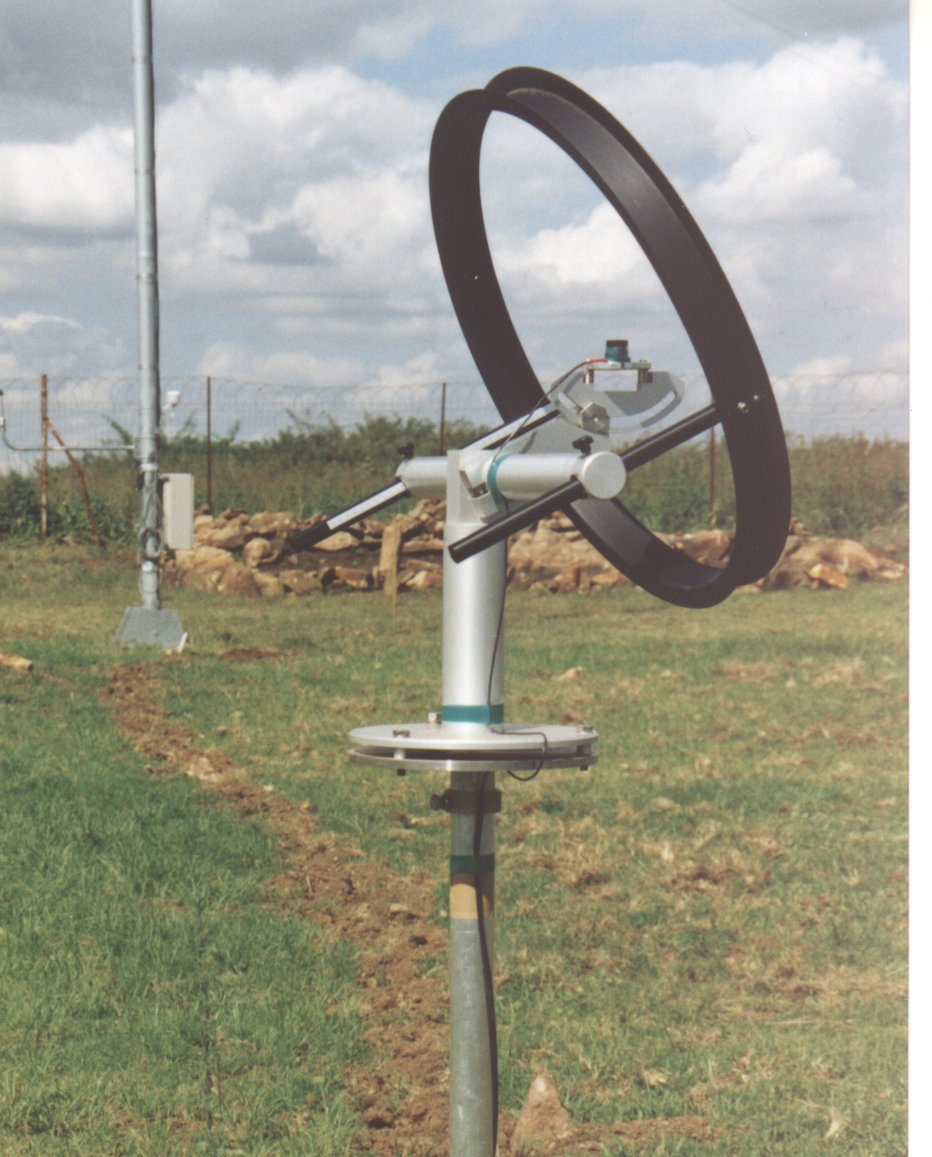 For general measurement of meteorological parameters, 6 30m NRG TallTower Systems have been delivered to Swaziland National Energy Policy Project. A NRG 9300 datalogger has been used with 6 digital and 6 analogue channels for measure of wind speed, wind direction, air temperature, barometric pressure and solar radiation together with diffuse radiation.
A shadow ring has been used for the diffuse radiation measurement. As power input has been used Alcaline batteries together with 220VAC power supplies. A special ED developed 9300 monitor Data Acquisition Software has been used for on-line transmission of data from the 9300 datalogger and into the PC.