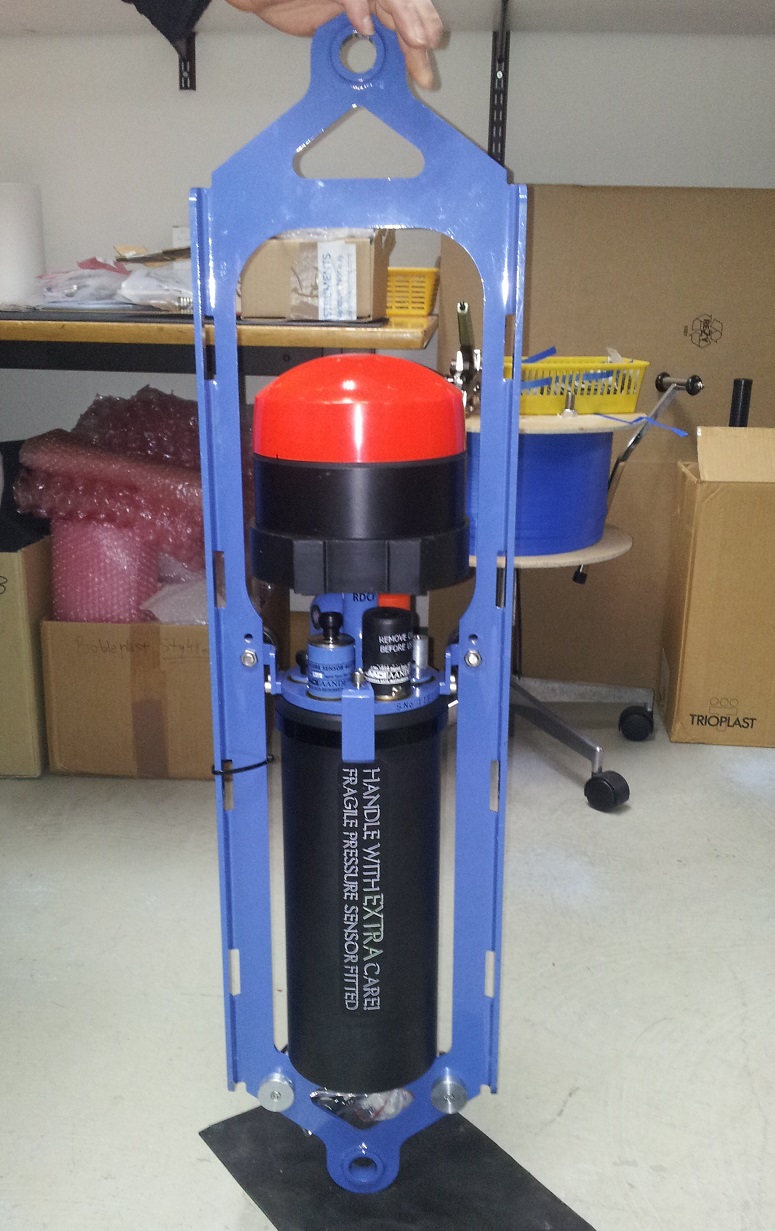 In close co-operation with Aanderaa Data Instruments (AADI) we arranged a test of RDCP600 with DMI (The Danish Meteorological Institute), and Steffen Malskær Olsen, Center for Ocean and Ice, as perator.

DMI wanted a test of RDCP600 within Current Speed/Direction, Water Temperature, Conductivity and Oxygen, measured from a special box, placed at the bottom. An 3835 Oxygen Optode had been connected to RDCP600 as external sensor for the test.
The operator was very satisfied with the instrument and got high quality data out from the test.

Steffen Olsen, from the Danish Meteorological Institute and colleagues are working on ice with Inuit hunters for observing ocean and sea-ice in the Arctic. They'll profile the water column & install instruments to measure the variability in ocean currents and sea-ice surface properties. Data serve to build a better understanding of the ocean processes maintaining the layering in the water column partly inhibiting warm water from below to reach to the sea-ice. The region studied is hunting grounds for the village of Qaanaaq in NW Greenland with it traditional Inuit culture which relies on the fast ice for transport and hunting.